There is an understandable skepticism when it comes to old folk remedies, but sometimes, these treatments persist for a reason. Rhodiola rosea is one of those remedies that withstood the test of time.

It’s now been subjected to animal and in vitro testing and has been found to have tangible results. Extensive research has been conducted and found R. rosea to be a surprisingly effective natural anti-depressant for conditions like anxiety, and that’s nothing to take lightly.

Anxiety is, for most people, something that they have had to deal with at one point in their lives. For some people, anxiety is a series of isolated incidents, anchored in specific, distressing events.

For others, anxiety is a pervasive presence throughout the day, a constant struggle to maintain control and get by. And for a lot of people, the kind of anxiety that doesn’t go away is not as rare as we’d like to believe.

General anxiety disorder and other types of chronic stress can take a toll on us both psychologically and physiologically if we don’t address the issue. Stress is not just unpleasant, it can also be counterproductive when it comes to maintaining focus and getting good results throughout the day.

And while there are plenty of medical and pharmaceutical solutions to fight anxiety, sometimes you just want a safer, natural alternative. Rhodiola rosea is one of those alternatives, and here’s why!

Rhodiola rosea goes by many different names from different times and parts of the world. It’s been known as arctic root, golden root, and roseroot and has been used as an herbal supplement for millennia by different groups of people.

While the most common strain is believed to have originated in Southwest China and the Himalayas, different types of R. rosea have been found on other continents such as North America, and even at Arctic latitudes.

As a health supplement in earlier historical periods, R. rosea has been used in everything from bolstering endurance to treating colds and fevers. It’s been historically documented to have been used by people from Siberia, Greece, and even the Vikings.

So while it was well-known in ancient circles for boosting health, what is most surprising about R. rosea is that it’s also one of the better natural antidepressants supplements! But why?

There is a series of substances and naturally occurring chemicals within the human body collectively referred to as “adaptogens.” This class of phytochemicals is, as the name itself indicates, an aid to the body for the tolerance and resistance of stress, as well as adapting to it and overcoming it.

In other words, adaptogens are the substance in our bodies that allow us to deal with and cope with things like stress, rather than being overwhelmed by it.

Here is where R. rosea antidepressants come in to help people deal with anxiety and anxiety-related disorders. Under ordinary circumstances, when people experience stress, the body produces a number of chemicals that are a response to and reinforcement of the heightened stress state.

Cortisol is one of the chief substances related to stress, and the more stressed a person is, the more cortisol is found in their body. Rhodiola rosea acts as an effective anxiety treatment because it carries adaptogens that can better manage the production of cortisol during stressful situations.

Science Backs It Up

Though it’s fine to theorize about how old folk medicines can potentially be good for anxiety treatment, is there any proof? After millennia of word of mouth recommendations, science decided to finally see whether Rhodiola rosea antidepressants actually yielded results, or whether it was just a placebo effect.

So the usual, strict protocols were applied to a variety of different experiments and tests run by different groups. In tests conducted under rigorous scientific conditions, subjects that were given doses of R. rosea were compared to a placebo control group.

It was found that the subjects that had been taking controlled dosages of R. rosea reported lower feelings of stress, anxiety, and other similar emotional states, compared to the control group that was on placebos.

The results became more interesting when conducted on lab animals, where more extensive analysis was possible. In experiments conducted on rabbits that were administered R. rosea dosages, it was later found that the subjects actually had lower levels of cortisol, compared to the subjects that didn’t receive the R. rosea supplements.

In other words, one of the critical components of high stress is high cortisol levels. When people took R. rosea, they reported feeling less stress, and when rabbits were administered R. rosea, lower amounts of cortisol were detected in their systems, which is consistent with lowered experiences of stress.

How to Take It

Like some other anxiety treatment supplements such as kava, Rhodiola rosea antidepressants are relatively easy to consume and can be taken in a variety of ways. These natural antidepressant supplements are available as a tincture that can be directly swallowed or in powder form to be mixed with teas.

Of course, the most reliable way to take R. rosea for anxiety treatment is an extract in powdered pill form since this means it has been accurately portioned for the most effective dosage.

In this case, the recommended amount for R. rosea is between 300-600 mg, with no appreciable differences in the intensity of effects between different dosage amounts. As a natural anxiety treatment, it has comparatively mild side effects, with the most common being dizziness and a dry mouth.

Unlike some other supplements, such as kava, which is known to interact negatively with alcohol and even other pharmaceuticals, R. rosea currently has no known, documented interactions. So you can safely take Rhodiola rosea antidepressants to enjoy more resilience, better stress management, and the benefits of having a life that feels more under your control.

Rhodiola rosea is just one of many natural antidepressants supplements that are available to help people safely deal with the stress in their lives. There are plenty of others to learn about, and if you want to stay informed about what your health supplement options are, we can help.Just sign up for our weekly articles, and let us show you the many natural substances and techniques that are available to help you improve your life! Don’t miss out on the many natural options that are out there, with an array of benefits for better health and peace of mind.

This website uses cookies to improve your experience while you navigate through the website. Out of these, the cookies that are categorized as necessary are stored on your browser as they are essential for the working of basic functionalities of the website. We also use third-party cookies that help us analyze and understand how you use this website. These cookies will be stored in your browser only with your consent. You also have the option to opt-out of these cookies. But opting out of some of these cookies may affect your browsing experience.
Necessary Always Enabled
Necessary cookies are absolutely essential for the website to function properly. This category only includes cookies that ensures basic functionalities and security features of the website. These cookies do not store any personal information.
Non-necessary
Any cookies that may not be particularly necessary for the website to function and is used specifically to collect user personal data via analytics, ads, other embedded contents are termed as non-necessary cookies. It is mandatory to procure user consent prior to running these cookies on your website.
SAVE & ACCEPT 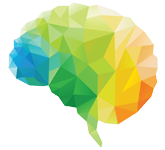